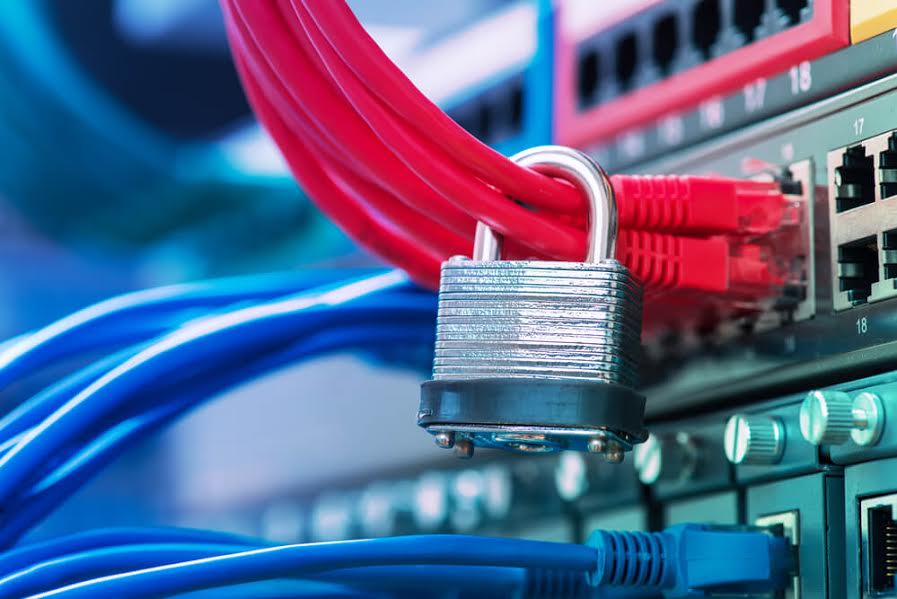 Technology is so rapidly evolving that companies taking advantage of its potential might start losing control. Cyber security has always been riddled with holes, where malicious hackers have been one step ahead at every turn. The quick advancement will only offer more opportunities for data breaches, as our ever-increasing dependence on technology has slipped into every aspect of our lives. From personal information to vital corporate data, it can all be at risk without proper measures taken ahead of time.

The widespread availability of the internet along with innovative technologies, such as cloud storage or the Internet of Things (IoT), can gather the online world in one big community. That is why cyber security is everyone’s responsibility. One infected device can spread its corruption to another and so on. The smallest breach can create a ripple effect that impacts critical systems. That is why cyber security should be the most important thing for your business, for the sake of your clients and your own.

Take a few minutes to check out a detailed cybersecurity infographic that visualizes the importance of protecting business data from cyber attacks.

There are two main ways in which a business can be affected by cyber-attacks: data security breaches and sabotage. The former implies the subtle theft of a client’s personal information, intellectual property, corporate secrets, game-changing plans, future mergers, etc. The latter often takes a more disruptive form, such as denial of service (DoS) or disabling the company’s systems and infrastructure. However, no matter which it is, the consequences will be harshly felt on the company’s reputation.

The blame would always fall on its shoulders, and the negative PR impact would soon follow. Target’s 2013 data breach was the prime example when 40 million people’s credit card information was exposed by hackers. It led to the company needing to compensate the victims with $10 million, but the true damage will never get fixed. The trust was broken. Without proper cyber security, your company’s reputation is hanging by a thread, where one mistake can shatter your image. Breaches affect the bottom line, impacts revenue and your ability to maintain or gain customers.

Risk of Exposure to Regulatory Action

Among the financial consequences of a potential breach of security, businesses have to face negligence claims and charges against their inability to meet contractual obligations toward their customers. Governments have taken action and are actively seeking to tighten laws that require organizations to take more responsibility for cyber security. Every company needs to take the reins and assure that they have taken every measure possible to prevent attacks or leaks. The Data Security and Breach Notification Act of 2015 will take extra precautions in making sure companies expose their data breaches.

The EU’s General Data Protection Regulation will likewise prompt companies to report attacks to both competent authorities who can solve the issue and the affected individuals. A failure to comply will result in a penalty that equals 5% of their global turnover. It’s clear that governments and authorities are taking more and more precautions to protect the consumer and hold businesses responsible for breaches. And yet, 90% of companies around the world are not well prepared against cyber-attacks. That is why maintaining tight control of cyber security is of the utmost importance to avoid legal issues.

The Threat Is Omnipresent

Most businesses don’t know a lot about internet security, but the threat is everywhere, in every industry, and on most technological devices. In fact, October has been deemed as National Cyber Security Awareness Month to increase the attention companies and consumers dedicate to potential hacks. It underlines the fact that only a few of the truly influential cybercriminals have been caught. The rest of them still lie in wait and their methods are gradually more sophisticated. Cyber security is essential at any moment and businesses should be well aware that everything is a potential gateway for a breach.

Social events, natural disasters, or even terrorist attacks can come attached with a threat to cyber security. Back in 2012, Hurricane Sandy not only devastated nations and claimed lives, but it was also an opportunity for hackers. They took advantage of the chaos, setting up fake charities for people to donate.  Earlier in 2007, a brutal storm in Europe killed 47 people, shut down Germany’s railway system, shattered buildings, and wrecked power pylons. Hackers created a worm in response, sending emails with the subject line “230 Dead as Storm Batters Europe”. They took advantage of people’s need for more information on this natural disaster, and the attack ultimately accounted for 8% of all malware infections around the world.

It’s important to note that nothing is off-limits, which is why cyber security, awareness, and prevention are key.

Technological advancement is a double-edged sword. Unfortunately, hackers have an easier time wielding it, with new techniques created and updated regularly. It’s easier to find a weakness in an existing system than to create a shield against an attack you know nothing about and hasn’t struck yet. That’s why it’s likely that offenders will always be one step ahead. With the increasing number of devices, the connectivity of cloud storage, and accessibility of the IoT, these vulnerabilities will grow exponentially. Everything from a smartphone to smartwatches or even medical devices can be a channel that leads to a bigger pool of information.

Employees, for example, can have their devices connected to the company’s cloud and the potential for a breach is instantly created. With increased availability, security will not be just in the hands of experts who know what measures to take. It will also be in the hands of every employee or customer with a smartphone. That means that everyone, from the CEO to the newly hired clerk can be a potential gateway into the company’s database. Prevention methods may already be set, but it’s crucial to understand that cyber security should never stagnate. It should evolve and regularly receive upgrades.

Most organizations don’t have a plan B in case of breaches, and that mistake could potentially cost them. The way to fix it is not be reacting, but by implementing a cyber security structure that follows the proper steps of predicting, preventing, detecting, and responding.

Carolyn Andreason is an online marketing specialist and a technology enthusiast. She now splits her time between her freelancing projects and her ongoing collaboration with FindInternet.ca