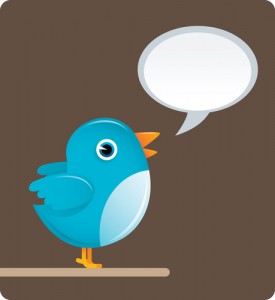 The recent spectacular success achieved by Moonfruit, a British based web hosting company, has again focused the attention of the marketing world on the phenomenon known as Twitter. Marketing chiefs are still collectively scratching their heads and trying to get an idea about this burgeoning social network tool. They know that people – lots of them – love the medium and that they should be able to convert all these “eyes” through stealth marketing of some kind. The question is, how?

Moonfruit is not entirely sure how they achieved their success, but have drawn some good conclusions from their experience. Following a relatively simple promotion, their brand awareness went through the roof with traffic to their website increasing by 200% in the UK and a whopping 1000% in the US. People have signed up to try out their products in droves, up by over 350%.

So what did Moonfruit do? They simply advertised that they would be giving away a MacBook Pro laptop computer every day for 10 days and to be entered, all you had to do was to send a message through Twitter, known as a “tweet,” using a hash tag #moonfruit.

People really got behind the idea and became very creative, making videos, drawing pictures and even singing songs. The trend topped Twitter’s lists for three days and retained its popularity until Twitter inexplicably removed it.

It appears that Moonfruit adhered to a very important rule in social networking, which is not to “hard sell” your product or service. People do not want to be sold to and they react to something which is entertaining, socially positive and fresh. Of course as we know, when something goes viral it benefits from a “social proof” intangible and really takes off.

Wendy Tan-White, the founder of the company, knows that it is important to engage people first. “When they’re listening, you can talk – but it has to be a two-way conversation.”

Again we can see an example of success based on a creative approach. There are no guidebooks to marketing on Twitter and it is still largely an untested waterway. Marketers should follow the lead of Moonfruit and seek to improve their brand affinity by creating awareness. Relationship building scores again – don’t sell, but educate and entertain through creativity.

Tell us about your successful Twitter experiences. Have you cracked the tweet-code?