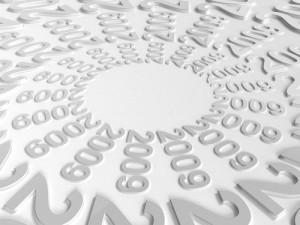 Doesn’t it seem as if the pace of technology change is accelerating? We live in exciting times as we are actually seeing the way that we interact and communicate change before our very eyes. Who is to say where we will be in 10 years time at the end of this new decade, as so much has happened in the world of technology in 2009 alone.

Twitter, as a way of communication, has become mainstream, as witnessed by search engine giant Bing’s revelation that Twitter was the second most searched topic of the year. Companies are really finding how powerful this medium can be, so long as they’re able to dig through the irrelevancy that can threaten to overtake it and get through to their targeted markets. Twitter still faces a challenge to keep the attention of those who initially expressed an interest, as only 5% of Twitter users can be described as being deeply involved.

Since Apple launched its iPhone, the face of personal communication technology has changed almost out of all recognition. Telecom giant AT&T can in large part thank Apple for this invention and for the exclusive deal that allowed AT&T to market the iPhone and really turn around the company’s profitability. During 2009 alone the iPhone has exploded into popular culture and the ubiquitous “app” has become almost an addiction for many. Tens of thousands of applications are available for the iPhone or the iPod on almost every conceivable topic or subject. The other smartphone providers are really scrambling to catch up.

Cloud computing really started to capture our imagination this year. We think that it will accelerate as we go through 2010 as it gives users a tremendous amount of flexibility and allows them to further break away from the shackles of a desktop computer system. Surely at some time in the not-too-distant future we will be using third-party service via the Internet to run all our applications. Would you bet, with Google, that the operating system of the future should be essentially just a glorified browser? Cloud computing allows users to access only what they need, can be scaled relatively simply and quickly and can be a great way to operate your business by trimming the fat and only using what you really need.

When Microsoft and Yahoo collaborated to form Bing, it wasn’t too long until it was announced that real-time search results would be available, through a collaboration with Twitter. Google followed quickly thereafter and Facebook is in the picture too, as our social media revolution continues to gather steam.

Helping to quench our ravenous thirst for information, the enterprising Amazon introduced us to Kindle, a cool piece of technology that allows us to download full-length novels wherever we should be, several at a time if need be and to read them at our leisure. The Kindle device fits neatly in the palm of your hand and you can adjust the size and rendition of the text according to your comfort level. Amazon reports that its customers bought more Kindle books than physical books on Christmas Day this year, as the downloading frenzy continues.

What buzzed your interest in ’09?