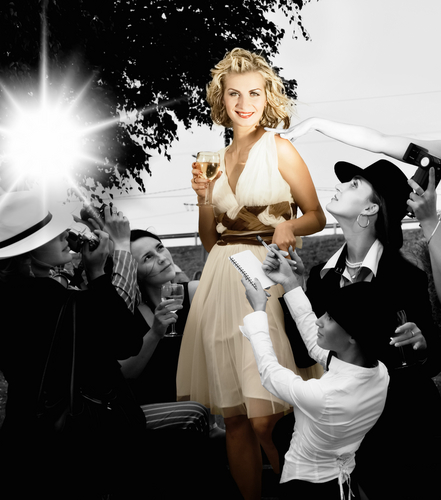 There is a new blog born every four seconds and no shortage of popular stops to occupy your time in the blogsphere.  But most of us have jobs and families and we’re forced to limit what we read, discriminating on the basis of what is the most informative, current, or useful.  That is why we’ve compiled this list of 24 star-power bloggers that you want to follow in 2009.  These folks are not your average hobby bloggers—they are movers and shakers in the world of business, technology, and marketing; and their blogs are not only fun to read, but invaluable sources of knowledge and wisdom that can help you in your own work.

Baker is the Chairperson of the Mozilla Foundation and Mozilla Corporation—the people who bring you Firefox, the most popular web browser today.  She was educated as a lawyer and initially joined the Mozilla legal department but took over as the general manager in 1999 and has subsequently helped the company create their non-profit organization.  She has been a key figure in developing the Mozilla project to its world-class status today.  Last year she resigned her position as CEO of Mozilla Corporation, and has decided to focus her efforts on the Mozilla Foundation.  She’s also a trapeze artist and speaks fluent Mandarin Chinese.  Both Baker and Mozilla are going to be worth watching this year.

If you’re a blogger, and you don’t know who Darren Rowse is…you’re probably not a very good blogger.  His two blogs, ProBlogger and Digital Photography School get around 50,000 page views a day and earn him $20,000 a month in ad revenues.  Considered by many to be “the” definitive voice in blogging, Rowse also contributes regularly to more than 20 other blogs and is the founder of b5 Media (a blog network).  But if you’re too busy to stalk him on the internet, just tune in daily to ProBlogger which is ranked #7 out of 50,000,000 blogs tracked by Technorati.com.

A somewhat controversial marketing guru, Chow initially started a site called TheTechZone.com which reviewed computer hardware and managed to draw a staggering 200,000 page views a day.  He decided to change direction and start his blog  johnchow.com to provide advice on how to make money online.  Chow plays the ad game with no mercy and has teaches his loyal followers how to work the system. While you may not agree with everything he has to say, keeping up with him is a great way to stay on top of the world of internet advertising and marketing.

Founder and columnist for The Huffington Post, Arianna Huffington is a former right winger who now describes herself as a progressive populist.  She’s had a rich, varied career that includes writing on everything from politics to spirituality; and working in every form of media under the sun.  Despite its liberal leanings, The Huffington Post has an enormous readership across the political spectrum.  It is unique in that its readers are active and vocal participants in the site, often posting hundreds of comments between them to discuss stories on the blog.

Robert Scoble is a geek celebrity.  He is one of the original bloggers with career credentials that include the biggest names in technology companies including, of course, Microsoft.  Through it all he’s blogged his techno-adventures with his unique brand of unbiased humor, intelligence, and commentary.  Scoble is leading the pack in establishing video blogging as the next big thing in the blogosphere.

Matt Drudge is a conservative writer, blogger, and television personality who has a blogging audience of well over 2 million unique readers.  He has distinguished himself as a ‘news breaker’, bringing such political scandals as the Monica Lewinski debacle and other liberal hair-raising stories.  As the power in the U.S. shifts from Republicans to Democrats, The Drudge Report is sure to have some interesting reading in the next few years.

MacManus writes one of the top 50 most popular blogs ranked by Technorati.  He provides technology advice on his blog, focusing on Web 2.0 developments.  Since the majority of marketing professionals now recognize social media as an invaluable next step in the evolution of their industry, it’s a great way to stay on top of what’s coming down the pipeline.

Until 2006 Congdon was the anchor and co-owner of Rocketboom, a hugely popular video blog that revolutionized the entire blogosphere.  At its height, Rockeboom drew over 130,000 viewers each day and is regarded as one of the best video blogs created to date.  Her new video blog Starring Amanda Congdon is just getting started and is definitely something to watch in 2009.

Until recently Block was editor-in-chief of Engadget.com, the most widely read tech blog in the world.  He’s currently in the midst of starting up a new online company and still blogging about technology on his personal blog RyanBlock.com.

Author and blogger Mar”kos” Moulitas is the founder of the political commentary blog Daily Kos.  The site has over 100,000 readers and boasts contributions by celebrated Democratic party figures such as Jimmy Carter and Nancy Pelosi. The Daily Kos is a popular, sometimes controversial blog and Moulitas is one of the most outspoken bloggers on the web—making it worth reading regardless of your political leanings.

Web developer and author Gina Trapani has a personal productivity blog called LifeHacker that helps people streamline their lives in a highly technological environment.  Lifehacker has received several awards and was named as one of Time Magazine’s “Websites We Can’t Live Without” in 2006.  Regardless of your level of technical expertise, you’ll be able to benefit from the ongoing tips provided by Trapani and her contributors.

One of the original bloggers, Dash is the VP at Six Apart media, the makers of  the Moveable Type and TypePad blogging platforms.  He has been featured in a wide range of technology publications, and he blogs about everything from cutting edge blogging news to his pets.

Mullenweg may not be a name you recognize easily, but I’m sure you’ve heard of the company he co-founded:  WordPress.  Mullenweg’s blog, ma.tt, is a smorgasbord of valuable information for WordPressers—and it’s one of the prettiest blogs I’ve seen in a while.  With WP just releasing its latest version (2.7) in December 2008, you may want to keep up with the news that is coming from the top of the WP food chain.

Public Relations expert Steve Rubel writes a blog called Micro Persuasion in which he explores the ongoing impact that technology has on marketing.   He is well known and respected in both business and technology circles, making him a must-read for internet business owners.

Warren is the creator of the amazing web experiment known as PostSecret a site where people create their own homemade postcards and mail in their secrets which he then posts on the site.  The secrets and the postcards are equally compelling reasons to visit this blog.

Clay Shirkey is a professor and consultant on the subject of web culture, focusing his energy on studying the impact of technology on society and economics.  His blog discusses his favorite subjects: P2P Networks, open source, and social networking.

Ito is the CEO of Creative Commons, an organization that facilitates sharing of creative works online and offers various licensing and intellectual property definitions.  Ito’s blog is not only about copyright issues, but as an avid social networking enthusiast, he discusses Web 2.0 news as well.

Andreessen is the author of Mosaic (the first widely used web browser) and the founder of Netscape.  He currently invests in internet startups; and as of last year, he was a member of the board of directors at both Facebook and ebay.  It doesn’t get much more tech-savvy than this guy.  His personal blog is on hiatus with a promise to return soon with a fresh design and fresh content.  Keep an eye open for his new blog—where he goes, technology goes.

Brian Lam is editor in chief of Gizmodo, one of the top two tech blogs (the other being Engadget) with a hard-core rivalry for readership.  Regardless of its popularity, Gizmodo writers are known for pranks at trade shows, and a light-hearted, hip writing style which has made it the brunt of criticism by “traditional journalists.”  Nevertheless, the blog is fun to read and full of all kinds of goodies.  Don’t miss it.

Malik started as a writer at Forbes magazine and Forbes.com, but he became a superstar when he launched his own blog on Web2.0 called GigaOm.  He has over a million unique readers every month and has been recognized within the tech industry with various awards and features.

If it’s about technology, Dave Taylor talks about it.  His blog AskDaveTaylor.com is chock full of information on everything from basic internet questions to advanced web design and programming.  Spend time surfing around this site and you’ll learn something new every day.

Glenn Reynolds is both a blogger and a revolutionary.  This Tennessee law professor has devoted himself to journaling about politics and to encouraging average, ordinary citizens to do the same.  His “Army of Davids” concept is about taking the power of journalism away from big media and encouraging citizens to use technology to bring real news and information to the web.

A venture capitalist and former Apple marketing guru initially responsible for the original 1984 Macintosh campaign; Guy Kawasaki is a contender for the most read blogger in the universe.  His marketing, technology, and social networking ruminations are timely and entertaining.  His blog tagline boasts “A practical blog for impractical people.”

Michelle Malkin began (like so many others) in print media, but soon found her voice in blogging.  She is recognized in all media outlets for her political blogging efforts.  The 2007 National Republican Senatorial Committee named Malkin’s blog one of the best in the country.  Unlike other female conservative writers, Malkin manages to keep her dignity and gets respect from the opposition.

Boing Boing IS the #1 blog in the world according to Technorati.com.  Founded by Mark Frauenfelder, it is a simple idea:  a blog that talks about cool stuff.  There’s technology, humor, art, business, product reviews—you name it.  People keep coming back day after day because the best of the best is on Boing Boing.

Arrington was named by Time magazine as one of the most influential people in the world in 2008.  His blog TechCrunch covers technology startups, focusing on the Silicon Valley.  The site has over 1 million subscribers and generates more than $200,000 a month in revenues.

Do you have a favorite blog that you think is a “must read”?  Leave us a comment and let us know what it is!