Five Products That Make You Say ‘Why Didn’t I Think of That?’ 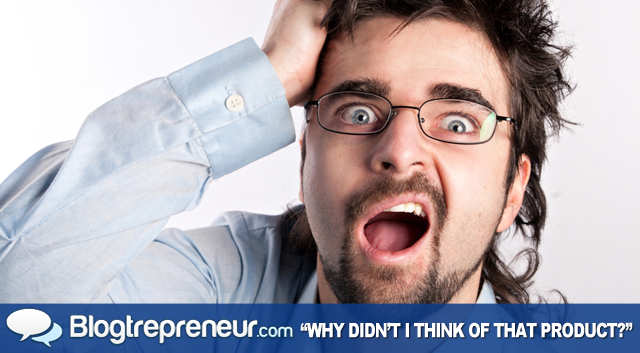 Market forecasting is one of the most important traits in any entrepreneur. Figuring out what the consumer wants before they know it themselves is infinitely important. It’s also really frustrating when someone else hits the spot before you have your chance.

We combed through our deep-seeded insecurities to bring you a list of current (last five years) products that made us smack our foreheads. Hopefully, they’ll bring you one step closer to your ah-ha moment.

Everyone hates when their internet gets wonky. Everyone also hates that 30 seconds spent tapping their feet while their router restarts after unplugging it and plugging it back in again. The Amazing Jellybean is the cure for all of your frustrations. It acts as a middleman between your router and modem that’ll make sure your internet is working properly. It’s bluetooth enabled, so all you have to do is press a button and the hardware will automatically restart your finicky router.

iPod Nanos are really small. No matter which way you spin it, wearing one of the Apple-issued wristbands designed for the product when you’re not jogging is awkward. Pocketing the tiny device is tough too, because it’s almost too small to get at easily. The LunaTik turns the little MP3 player into a tasteful watch, serving as both a fashion statement and the perfect way to store a device that’s easy to lose.  There have been attempts to put your iPod on your wrist, but none of them took the design-minded approach that makes the LunaTik a no-brainer.

3. Live at the Beacon Theater

Stand-up comedy is a lonely road. Louis CK’s rise to the top was grueling and his career came dangerously close to a downward spiral until his breakout sitcom Louie. The comic made the risky decision to let his fans pay five dollars for his newest hour-long comedy special, DRM free. The response was massive, and proved a very important point: People respond to new ideas. Louis CK knew he had a built-in audience and capitalized on that in his trademark low-key manner.

Got To Live at the Beacon Theater

Finally, I can buy a calculator watch and not be judged. Smartwatches, basically a scaled-down smartphone that fits on your wrist, update based on your location, activity, and notifies you of updates from your phone. The company behind Pebble decided to use Kickstarter as a glorified pre-order service, resulting in over $10,000,000 in start-up funds.

A recent competitor to the watch is the Basis, a different spin on the smartwatch. Billed as a fitness-oriented lifestyle enhancer, Basis’ philosophy is that a watch, unlike a smartphone, is always on your body. Innovative sensors that come packed into the Basis allow it to provide feedback meant that’ll improve bad habits you may not even know about. Staying fit and looking nice have never been easier.

You’ve probably noticed that a lot of the products listed here have something to do with Kickstarter. The biggest why-didn’t-think-of-that we could come up with was ultimately the reason this list exists. Kickstarter combines social media, art, and crowdsourcing to offer creatives and entrepreneurs the chance to have their voices be heard. Inventors aren’t stuck making beer-hats in their garage anymore, and no one will ever have to suffer through an infomercial again. You can now assemble a team, create an effective presentation, and let the general public vote on your idea with their wallets. Kickstarter is what entrepreneurship is all about: Making cool stuff. Giving people an opportunity to make cool stuff and feel good while doing it is genius and I will regret not thinking of it first until my dying breath.

Thinking of making an Android/iOS powered beer-hat? Frustrated that you had already thought of the iPod watch years in advance? Let us know with a comment and our on-staff therapists will do their best to assuage your frustration.