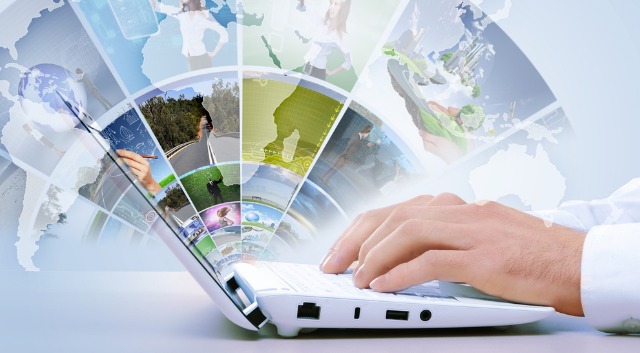 The tech world is a myriad of brains, innovation, and big money. The last couple decades have produced hundreds of technology wonders all striving to be king of the hill. Goetz, Andreessen, Fenton, Thiel, and Hoffman are among the most powerful tech leaders around, and one thing is for sure, they all have one thing in common––they eat, sleep, and breathe tech.

Here is our list of the top five most influential tech investors for 2016.

Jim Goetz has a resume that could turn many engineers and investors green with envy. Forbes Midas list, which came out on March 26 crowned Goetz the man of the moment! Sequoia Capital‘s Jim Goetz, is best known for backing WhatsApp (acquired by Facebook for $19 billion), Nimble Storage, Palo Alto Networks, and he serves on the board of numerous tech companies. His top interests are on cloud, mobile, and enterprise companies. This tech wonder grew up in the Midwest and graduated from the University of Cincinnati with a B.S. in electrical and computer engineering and continued his education at Stanford, graduating with a master of science.

He is also well known for his role in social business software company Jive, where he sits on the board. As an entrepreneur, he co-founded VitalSignals prior to joining Sequoia Capital in 2004, which focuses on startups in the mobile and enterprise space. 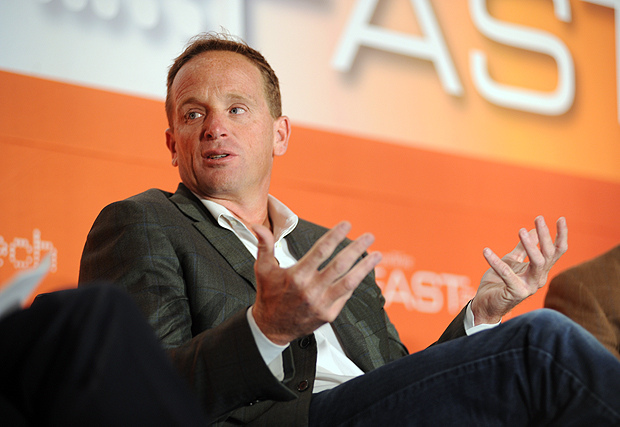 Marc Andreessen is an American entrepreneur, investor, software engineer, and multi-millionaire who can most aptly be described as a technology god. After receiving his bachelor’s degree in computer science from the University of Illinois at Urbana-Champaign, he set his sights for Silicon Valley in 1993 and made a huge impact on what would become the elusive worldwide web. He broke into the tech scene as co-founder and vice president of technology at Mosaic Communications Corporation in Mountain View, California. It was during the early days of the tech revolution that Mosaic was renamed to Netscape Communications and Netscape Navigator was born. Within just a few short years, Netscape was acquired in 1999 for $4.2 billion by AOL. Andreessen stayed on with AOL as the chief technology officer. The same year, he was named to the MIT Technology Review TR100 as one of the top 100 innovators in the world under the age of 35.

Andreessen is indeed no small fish when it comes to investing in technology ventures. As a serial entrepreneur, investor, and board member at several large technology firms, he is more of a whale than a guppy. During the mid 2000s, Andreessen and business partner Ben Horowitz, collaborated and invested in 45 start-ups to the tune of $4 million, topping the list with companies such as Twitter. As one of Silicon Valley’s most influential investors, he’s done what others can only dream of by the age of 42. He is a personal investor in LinkedIn and serves on the board of Facebook and many others. An emblematic figure of Silicon Valley, he and Horowitz co-founded Andreessen Horowitz (a venture capital firm in July 2009) and the list of investments is just too long to list them all––but take note of the $24 million recently invested in Angie’s List in September 2013. His firm is certainly a heavy hitter, having hit it out of the park with investments in Skype, Instagram, Facebook, and Twitter, among others. Having recently raised $1.5 billion from its limited partners to invest in even more companies, we surely haven’t seen the last of him. 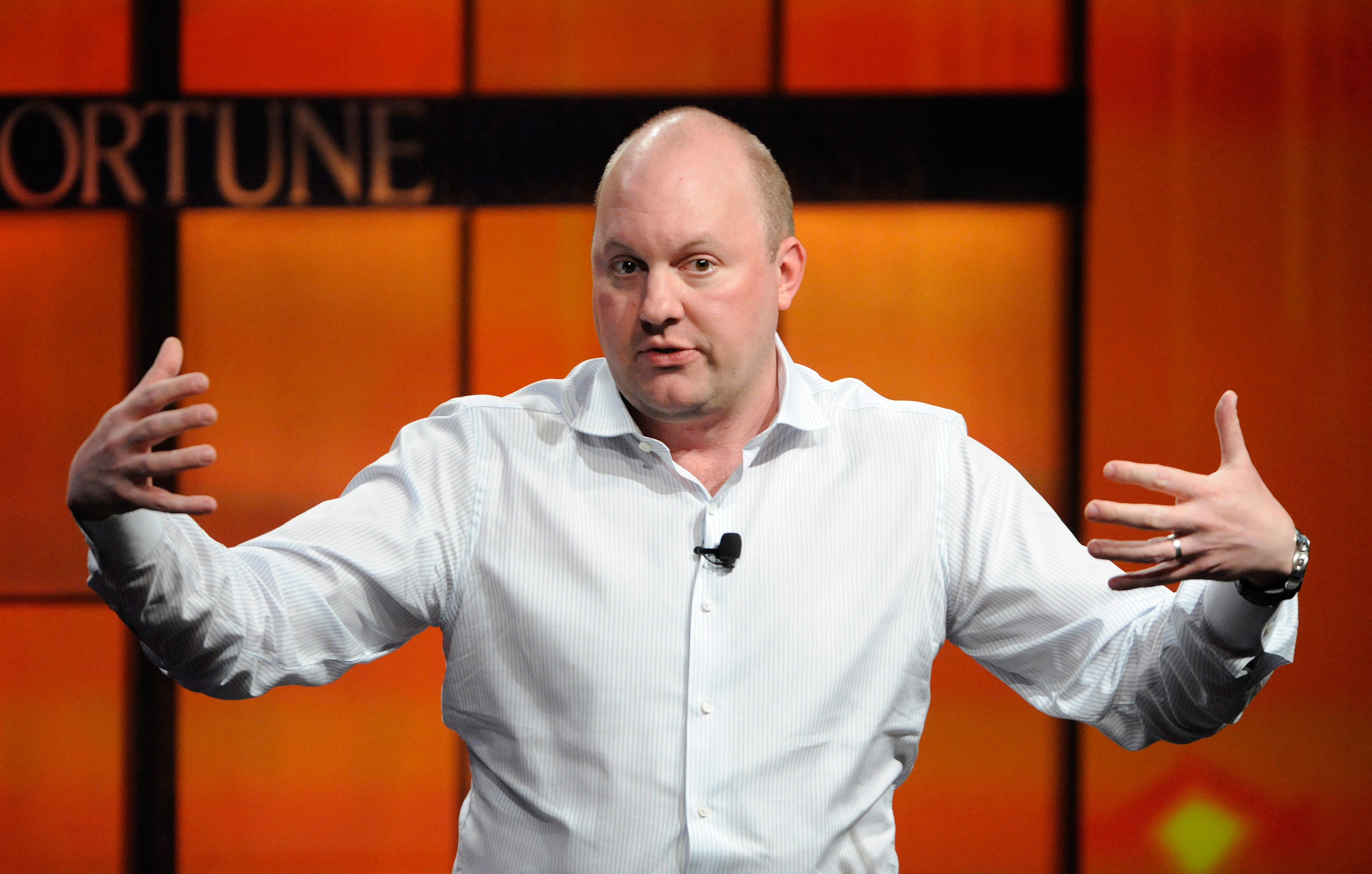 American venture capitalist Peter Fenton also takes a throne on Forbes Midas List as he jumped three spots to No. 3 this year following the public debut of Twitter. Stanford alum and general partner at Benchmark, Fenton is most known for his expertise in open source technology. Fenton’s early days were spent working with Silicon Valley software and high-technology companies as an entrepreneur and strategy consultant, before gracing the venture capital scene.

Getting in on Twitter in its early days with only 25 employees, Benchmark held a 6.7 percent stake at the time of the San Francisco firm’s IPO in November. He sits on the board of Twitter and Yelp, and in February 2014, he was awarded the TechCrunch Crunchie for Venture Capitalist of the Year.

Benchmark invested a whopping $15 million in Quip, led by Fenton. Former Facebook CTO Bret Taylor is now on a mission to “build the productivity suite for the mobile era.”  This seasoned techie knows what’s hot and capitalizes on getting in when the getting’s good.

Thiel’s contributions to technology, entrepreneurship, and finance have led him to unquestionable notoriety. As an entrepreneur and venture capitalist he can take credit for being part of Silicon Valley’s tech revolution. He has been a part of some of the most significant companies to emerge from the bay area, which awarded him the No. 4 spot on the Forbes Midas List for 2014. Another Stanford Alum, (do we see a trend here? Is this a Stanford class reunion?) he received his B.A. in philosophy from Stanford in 1989 and acquired a J.D. from Stanford Law School in 1992.

In 1998, Thiel co-founded PayPal, an online payments system, with Max Levchin. PayPal went public on February 15, 2002, and was sold to eBay for $1.5 billion later that year. Having a 3.7 percent stake in PayPal, Thiel’s earnings were approximately $55 million at the time of the acquisition.

In addition to PayPal, his early days were spent running Thiel Capital Management, the predecessor to Clarium and invested in start-ups such as Facebook, with an initial $500,000 investment in 2004 for 10.2 percent of the company and joined Facebook’s board. This was the first outside investment in Facebook. Currently, he serves as president of Clarium Capital, a global macro hedge fund with $700 million in assets under management.

An accomplished entrepreneur, executive, and angel investor, Hoffman could be crowned Mr. Social. His impressive repertoire includes PayPal, Facebook, LinkedIn, and many others. With a net worth of $3.2 billion, this social hack sits comfortably in the seventh spot on Forbes Midas List. Hoffman is a self-made billionaire, having co-founded LinkedIn, the world’s largest professional networking service in 2003.

Prior to LinkedIn, Hoffman was a founding board member and served as executive vice president at PayPal. Hoffman was executive vice president of PayPal at the time of the acquisition by eBay in 2002 for $1.5 billion. After leaving PayPal, Hoffman co-founded LinkedIn in December 2002 with two former colleagues from SocialNet (including Allen Blue), a former college classmate and a former colleague from his time at Fujitsu. LinkedIn made its debut on May 19, 2011, estimating Hoffman’s stake to be in the ballpark of $2.34 billion.

He is an angel investor in numerous influential Internet companies, including Digg, Facebook, Flickr, Last.fm, Ning, Six Apart, and Zynga. He has been noted for making 80 angel investments in technology companies and he is the go-to guy if you are looking for money. In 2004, he invested $500,000 in Facebook, followed by another $12.7 million in 2005. Hoffman joined Greylock Partners in 2009 and runs their $20 million Discovery Fund. 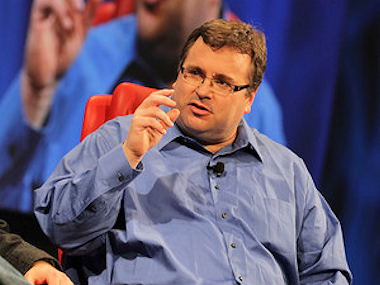 Let’s give these guys a standing ovation and much deserved congrats on all their accomplishments. We can’t wait to see what they come up with next!

Matthew Toren is a serial entrepreneur, mentor, investor and co-founder of YoungEntrepreneur.com. He is co-author, with his brother Adam, of Kidpreneurs.org, BizWarriors.com and Small Business, BIG Vision: Lessons on How to Dominate Your Market from Self-Made Entrepreneurs Who Did it Right (Wiley).