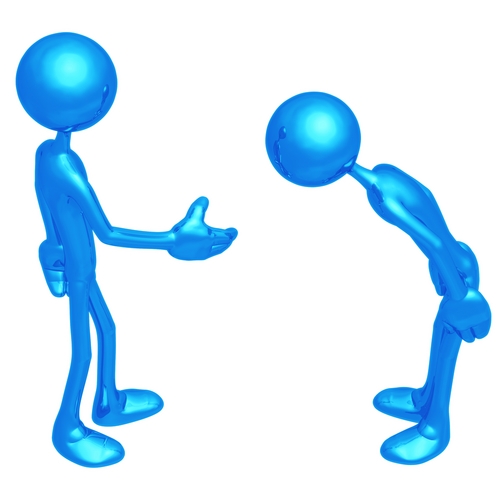 Twitter has set the social media world on fire.  It is fast, effective, and even the most stodgy internet user must admit that it is pretty fun.  The idea, of course, is that you build your own community of people with similar interests and exchange short 140 character messages with them on any and every topic.  Twitter is going 24/7, it is easily done via mobile devices, and it helps create a ‘human face’ for both online and brick-and-mortar businesses.

However, if you are planning to engage in Twittering (or even if you’ve already jumped in with both feet) there are a few rules of etiquette—or Twittiquette—that you want to remember if you’re going to use the application for your business:

The most popular Twitterers are those who open up the lines of communication both ways.  Simply “allowing” people the honor of following you and receiving your tweets is not enough.  The entire point of Twitter is personal contact, so if someone follows you it is a good idea to reciprocate.  A good example is Robert Scoble (@Scobelizer) the tech guru who has over 54,000 followers on Twitter—and follows 57,000+ himself.  There are applications which allow you to organize your followers into different groups so that you can keep up on your favorite contacts without them getting lost in the shuffle.

While Twitter is a great way to communicate with people, it isn’t meant to be a chat room.  If you are having a conversation with another Twitterer that exceeds more than just a couple tweets—use the Direct Message feature.  Otherwise, your conversation is equivalent to telling an inside joke in the middle of a party.

Everyone who follows you can see your tweets.  That means that if you are Twittering as a part of your business networking, you want to represent yourself in the best way possible at all times.  Drunken tweets, excessive swearing, abusive language, off-color jokes—these can all alienate you from your onlookers even if they don’t say anything specifically about it to you.  Good rule of thumb:  Don’t say anything on Twitter than you wouldn’t say on national television.

When you tweet, you may be tempted to send out a barrage of messages all at once.  It’s best to send out two or three at a time, otherwise you appear to be one of those obnoxious people who attempt to dominate the conversation when you’re in a group of people.  And nobody likes that person.

Many people join Twitter as a way to promote their business, product, service, blog or other project.  That’s great!  You can make some amazing connections on Twitter which will improve your business and help you form some important relationships.  However, if you are obnoxious about plugging your wares, people will begin to avoid or un-follow you.  New Marketing is about drawing people in, not proselytizing; and the best way to do that is by being interesting and engaging.  Twittering what amounts to self-promoting ads all day is pretty much just spam.  Do you like spam?  Neither does anyone else.

Twitter can be an amazing tool for creating a network of friends, contacts, and resources; but as is true with any community, you must remain considerate of others to be considered a valuable member.   Do you have any Twittiquette suggestions?  Leave a comment and let us know!