Warby Parker Goes Offline – Should You? 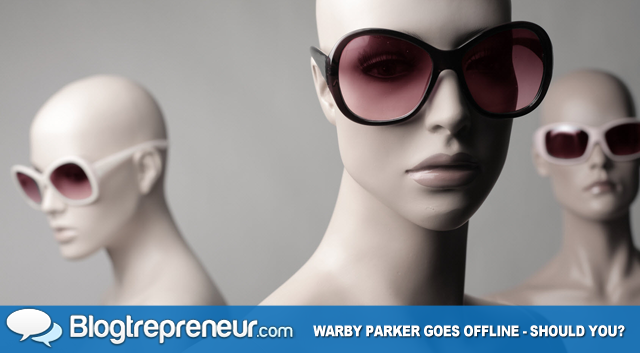 Warby Parker – the increasingly popular online eyeglasses dealer – has opened their flagship brick-and-mortar store in the SoHo district of Manhattan.  It has caused quite a stir in the business world, with some exclaiming “Genius!” and plenty of nay-sayers shaking their heads in unison.  How it will all play out remains to be seen, but the fact is that this company has done amazing things online and could very well do the same offline.

The minds behind Warby Parker have built up their company to earn a commanding share in a market that was once monopolized by Luxottica, gained recognition by becoming the eye wear of choice for Clark Kent in the new movie “Man of Steel,” and earned respectable profits – all in the past three years alone.  They went online at a time when there were virtually no online eyewear dealers, and they set the pace for plenty of others to follow suit.

When it came to the offline journey, Warby Parker began with small show rooms inside other retail stores so that customers could try on their eyewear on in person.  These were popular enough that the wheels started turning in the direction of a dedicated storefront.  A storefront that – now, a reality – is a sight to be seen.

Currently, the store offers customers the ability to browse, touch, and try on glasses at their leisure.  There are nonprescription lenses that can be bought and taken immediately, as well as prescription lenses for frames of choice that can be ordered and picked up in store or mailed home. There is even an optometrist on staff offering $50 eye exams to customers as needed.

The idea seems to be a stellar one, but is it one that other online retailers should take as their own?  Whether others should follow suit depends on a number of factors, and the answer for many will be no.  For those that are thinking about taking the offline leap in order to grow their businesses, there are a few key considerations to undertake:

Is the Situation as Unique as the One Enjoyed by Warby Parker?

Warby Parker used their online launch to remove the first brick in the wall that was the Luxottica monopoly.  There were very few eyewear retailers online at the time, and the company saw an opportunity to offer the same quality product in a unique way and at nearly half the price in many cases.

The uniqueness of the situation is a big part of what launched them to online greatness. This is not the same with many other markets.  For example, by and large, the retail clothing market offers similar prices both on and off line, and there is no monopoly to shatter, as competition is fierce.  Choosing to take a profitable online clothing store offline may not work as well as the Warby Parker phenomenon could.

This doesn’t mean it won’t work – only that the uniqueness of the situation must be considered in the decision of whether or not to go offline.

One interesting “will they, won’t they?” situation to speculate on is Amazon’s reported desire to move into the offline space.  In February 2012, GoodeReader posted the following message to its company blog:

“Amazon sources close to the situation have told us that the company is planning on rolling out a retail store in Seattle within the next few months. This project is a test to gauge the market and see if a chain of stores would be profitable. They intend on going with the small boutique route with the main emphasis on books from their growing line of Amazon Exclusives and selling their e-readers and tablets.”

Clearly, this hasn’t yet panned out – though the company has expanded its Kindle Store presence, opened a kiosk in Brazil and increased its storage locker pick-up points.  Whether this is due to the fact that Amazon has little uniqueness to offer the offline book sales world or to some other factor isn’t known.  However, it’s worth envisioning the challenges that Amazon might face when it comes to deciding whether or not to take the leap with your own online business.

Where in the Development Process is the Online Business?

Though there’s no official playbook, the recipe for success used by Warby Parker does hold a familiar ring – even if it hasn’t been used in quite the same way before.

If another online business has started off and ended up in the same place, there could be a benefit to moving offline – assuming all pieces of the puzzle fall into place.  If, however, an online business is not generating profits and is looking to move offline in an effort to boost revenue (or if they’re having issues with name recognition and are hoping a brick-and-mortar store will help), the results may not be as favorable as anticipated.

Beyond the data that will be generated by Warby Parker’s launch, online businesses would be wise to look to the example of BaubleBar – an online jewelry retailer that opened its first offline shop on New York City’s Fifth Avenue in October 2012.

In large part, the move has been successful, with order volumes increasing by 23.5% each month of the past year through both online and offline avenues.  However, the company was well-positioned to make the offline transition, given its $5.6 million in funding and a built-in base of customers who are known for making repeat purchases.  Without a similar business basis, other online brands may find the offline transition to be disastrous.

Is There a Real Benefit to the Already Existing Online Business?

Why would a company that is already successful online choose to go offline at all?  In the case of Warby Parker, there was more to it than a hope to grow profits by adding offline income to online income.  By necessity, that is the only way the “online to offline” plan will work, as the added cost of an offline store will not long be supported by online sales alone.

The added benefit for Warby Parker is information.  They have found a way to duplicate online analytics in their offline store through WiFi, sensors, and more that will collect information about customer behavior, preferences, and trends.  They can then combine this with their online analytics and consumer data, providing vital information to sales and design teams, as well as allowing for the design of unique pricing models.

This alone will benefit both the online and offline side of the business, allowing each side to help the other to grow and thrive.  In the same way, other online businesses looking to open an offline store should consider whether there is a real benefit to the existing business in doing so.

It’s also worth considering that the decision to move offline doesn’t necessarily have to involve the creation of an entirely new storefront.  Take, for instance, the success that Etsy has had featuring its users products in retail chains like Nordstrom and West End.  In the words of Irina Amad, founder of the Phoenix Botanicals line that wound up featured in Anthropologie stores as a result of this partnership:

“I was contacted by an Anthropologie buyer who said she saw my products, onEtsy and was interested in selling my lip balms in eco-tubes at Anthro. She asked for samples, loved them and ordered several thousand last year for Anthro online and a few Anthropologie stores in New York and Philadelphia.”

Obviously, there are multiple pros and cons to both online and offline stores, though the combination of the two would seem to complement each other nicely.  For example, while online shopping is fast and efficient, there are many who are still hesitant to purchase without touching, trying on, and even tasting (if applicable) before buying.

There’s no reason, on the surface, to think that running the two types of stores concurrently wouldn’t solve the issues on both sides.  A deeper look, however, reveals that the situation is a little more complex that than.  In fact, though it shows great promise, Warby Parker’s offline endeavor hasn’t been a success yet.

Despite interest from both Amazon and Google in pursuing the same sort of endeavor, there is no precedent for this type of business model working well, as of yet.  That said, the entire business world is watching to see how these changes will play out.

Other online businesses could benefit from doing the same, but as with any business endeavor, there’s a tricky balancing act.  If offline success is going to happen, the best place to be is at the front of the wave, which is also where the most risk of going under will be.  The factors described above are just a few that can be used to when considering and making the ultimate decision of whether or not to take an online business offline.  Only time will tell whether this is the wave of the future or a total wipeout. 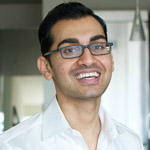 Neil Patel is the co-founder of 2 Internet companies:Crazy Egg and KISSmetrics. Through his entrepreneurial career he has helped large corporations such as Amazon, AOL, GM, HP and Viacom make more money from the web.

By the age of 21 not only was he named one of the top influencers on the web according to the Wall Street Journal, but he was also named one of the top entrepreneurs in the nation by Entrepreneur Magazine. He has also been recognized as a top 100 entrepreneur under the age of 30 by President Obama. Neil has also received Congressional Recognition from the U.S. House of Representatives for his work in the nonprofit sector.

Neil Patel is the co-founder of 2 Internet companies:Crazy Egg and KISSmetrics. Through his entrepreneurial career he has helped large corporations such as Amazon, AOL, GM, HP and Viacom make more money from the web. By the age of 21 not only was he named one of the top influencers on the web according to the Wall Street Journal, but he was also named one of the top entrepreneurs in the nation by Entrepreneur Magazine. He has also been recognized as a top 100 entrepreneur under the age of 30 by President Obama. Neil has also received Congressional Recognition from the U.S. House of Representatives for his work in the nonprofit sector.