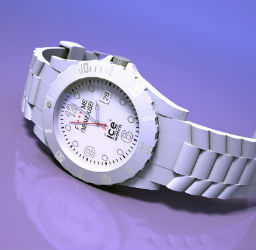 Are luxury watches worth an investment?

A vintage time machine represents the status symbol and historic rarity. However, these luxury antique timepieces, for the people who know their worth, are more than just extravagant watches. They are also examples of artisanship and accuracy. And when you pick the right one, it becomes a great investment.

For centuries, watches have been portraying one’s wealth, individual taste, and richness. But their prospects as investments, today, are greater than ever. The latest advancements in technology can be attributed to a ray of hope in dusty watch shops.

Successful investment in watches needs in-depth knowledge about which specific models are valued, over the years. Here are the fundamentals you must know to get started.

What makes an investment grade watch?

A watch’s design may make it an eye-candy wrist wear, but the design is one of the several components that turn a luxury watch into an investment-worthy purchase. Here are a few elements to reckon while assessing an investment watch.

Luxury watches are not simply produced in some processing plant in China. Artisanship has a major role in defining a watch’s worth. The most significant watches have amazingly firm craftsmanship rules, which may date back to centuries.

For example, at Jaeger LeCoultre (having nothing to do with jägerbombs), all of the teams of watchmakers and experts are engaged with the production of one single watch, accumulating together their abilities such as engraving, decorating dials, enameling, and setting gems.

While deciding for an investment watch, learn about how the watch was put together. It will make you understand the difficulty with which complicated timepieces are made, and you will appreciate your timepiece much more.

The notoriety of the brand

The popularity of the brand makes a huge difference. In the end, regardless of how dazzling the artisanship was, the worth of your watch, over time, relies upon how much it is in demand.

Hence, as a novice, it is ideal to adhere to the names that are popular as being investor-friendly. These consist of famous brands like Rolex, IWC, Patek Philippe, and Audemars Piguet.

Design of a luxury watch

The design also matters, however perhaps not in the manner that everyone thinks. Different collectors have varying preferences for different brands.

For example, Rolex usually observes intense interest for classic, conspicuous designs, while fans of Patek Philippe have an inclination towards more unusual designs. Thus, one should do the research, talk with watch specialists, and visit online watch forums to note what watch junkies have to say before you settle on any design.

Whether it was worn by a celebrity

Been worn on the wrists of a big industry name can boost the interest in a luxury timepiece two-fold. For those wanting to invest, it could mean higher returns, especially if they bought that timepiece before the celebrity wore it.

Cases such as, when Brad Pitt made an appearance in those old TAG Heuer advertisements have unquestionably boosted the brand’s popularity. Similarly, the exquisite Cartier Tank Française turned into the jealousy of women all around the world after showing up on Princess Diana’s wrist.

The story behind the watch

Watches that are related to a convincing story usually have a unique selling point (USP) than others. For example, the ultimate popular Omega Seamaster is largely known for being the James Bond watch and has been seen on Daniel Craig’s wrist both off and on camera. On the other hand, the Omega Speedmaster left a mark on the world, as it was the very first watch worn by an astronaut on the moon on the Apollo 11 voyage.

Where to find a luxury watch at a cheaper price

The real painstaking process, after you have decided a model, is to find the cheapest bid. Some retailers are famous for selling genuine luxury watches at lower prices. Singapore has a number of authentic luxury watch retailers such as The Hour Glass and Cortina Watch. The Changi Airport has duty-free watch retailers at the Terminal 1, 3, and 4 transit areas, which carry Tissot, Rolex, Omega, Breitling, Cartier, Longines, etc. If you are interested in a vintage watch, then you will have to settle on a second-hand purchase.

Of course, you will need to be considerate of the authenticity and condition of the watch. If you do not possess adequate knowledge about watches, take along a friend who can perform a better inspection. The principal benefit of purchasing a pre-owned watch is that you will get a never-worn watch at a much cheaper rate, saving yourself about a five-figure sum.

Similarly, as with any possible investment, there are generally various variables to study before you choose. The pre-claimed or pre-owned industry has become rapid in the course of recent five years alone and with this progress, comes potential risks. Deceitful or stolen merchandise, inadequately restored watches, thus called “Frankenwatches” (which include cobbled together parts from various watches) are all such aspects that merit your attention. In addition, obviously, it is essential you are watchful from where and whom you are buying it.

Is it worth the risk?

The estimations of luxury second-hand watches have been increasing, with every significant watch auction complemented by news reports of merchants claiming significant returns. For instance, in May 2015, Bonhams sold an Omega 1968 Seamaster 300 for about £25,000 or $38,500. The auction had sold a similar watch for £1,140 in 2007.

According to watch experts, previously, focus used to be on contemporary watches at auctions. However, tastes have diverted and now there is an acknowledgment that vintage watches are more collection worthy. Adhering to top watch brands is one way for purchasers with the knowledge to resale value. Rolex and Patek Philippe are the two brands that emerge as far as investment is concerned. It is similar to purchasing stocks in Apple or Microsoft.

After buying your desired model, regular maintenance and servicing are compulsory to carry out. When restoration is required, doing it in the right manner can have a significant difference between a watch that sells for $10,000 and one that commands $100,000. However, restoration work should be kept to the lowest and too much polish, cleaning or replacing must be avoided.